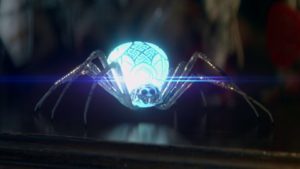 “It is an extraordinary experience for any author to see their work brought to life in film. Not all authors are satisfied, but Owen Sheers, who adapted ‘The Snow Spider’ is a wonderful poet, and I was truly thrilled by the film script that was sent to me. Owen had somehow brought the story into the present without losing any of the magic, but actually enhancing it.” – Jenny Nimmo

Listen to Owen talking about adapting The Snow Spider for TV on Front Row, available on BBC Sounds:  www.bbc.co.uk/sounds/play/m000glp4