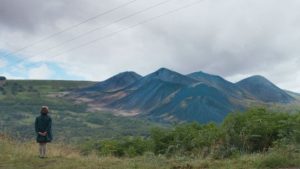 Aberfan: The Green Hollow
A film poem to commemorate the 50th anniversary of the Aberfan disaster, written by Owen Sheers and performed by a stellar cast of Wales’s best-known acting talent, including Michael Sheen, Jonathan Pryce, Sian Phillips, Eve Myles and Iwan Rheon, with some contributions from the local community.

Available until 22nd November on the BBC iplayer: www.bbc.co.uk/iplayer

A Visit to America 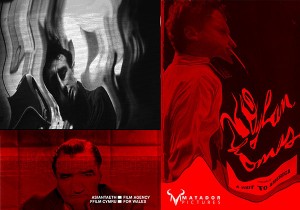 A Visit to America is set in New York in 1953 and follows a troubled private eye as he trails a British poet on an assignment for TIME Magazine, whom the poet is suing for libel.

The private eye’s life is in personal and professional crisis as he is dragged into the early McCarthy witch hunts through his army past coming back to haunt him. As he carries out his assignment his exposure to the poet’s world and work begin to exert an influence on the crucial moral and familial choices facing him.

Dylan Thomas died on 9th November 1953 in the Chelsea Hotel. The trial never came to court.

The script is currently in development. CEO of Western Edge Pictures, Vaughan Sivell says “It’s really exciting to be working with Owen Sheers on a project that will showcase such a great Welsh writing talent and highlight Thomas’ impact in the States in a really exciting and unusual way – it feels very much in the rebellious spirit of Thomas himself.” 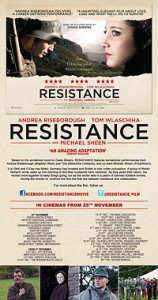 It is 1944 and the D-Day Landings have failed; Germany has invaded and Britain is now under enemy occupation. In the Olchon Valley, a group of Welsh farmers’ wives wake up one morning to find their husbands have vanished. As they await the men’s return the women work together to keep things going, but as the winter sets in a patrol of German soldiers arrives, forcing the women to confront the fine line that lies between resistance and collaboration.

‘A beautiful, elliptical war film with the haunting qualities of a ghost story. Riseborough is terrific and Gupta proves that he’s a talent to watch.’
Review by Empire Online

The Gospel of Us Movie 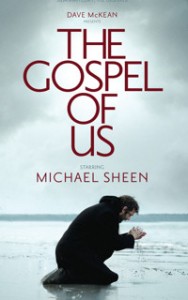 One of the outstanding theatrical events not only of this year, but of the decade’
– The Observer

Easter. Port Talbot is in a battle for its life. Authoritarian forces have taken over and the town is in thrall to a sinister and heartless corporation, ICU, which puts profit before people in its quest to plunder the town’s resources. When a company man and a suicide bomber clash on the beach, catastrophe is only averted by the intervention of a softly spoken loner with no memory. He is later revealed as ‘The Teacher’, a local man who disappeared 40 days earlier but has now returned.

As he gathers followers around him, he is perceived by ICU as a danger who must be removed at all costs.

Adapted from the play’s original script by Owen Sheers, this is the film version of The Passion, the ground-breaking theatre event produced by National Theatre Wales which took place in Port Talbot in April 2011.

Arts Desk gives The Gospel of Us 5 stars:

And through April – May